of the Fraser Valley 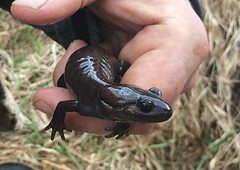 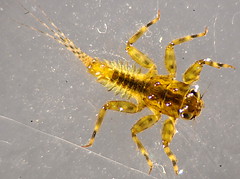 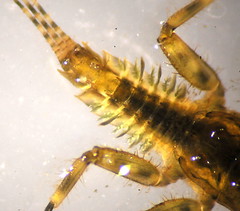 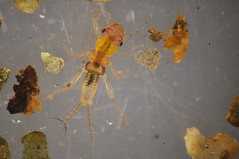 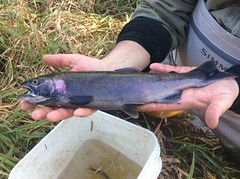 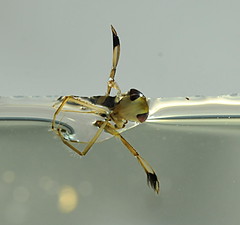 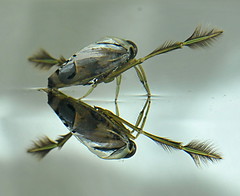 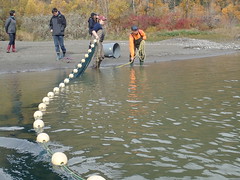 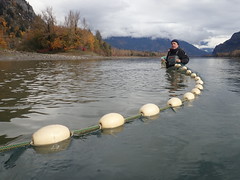 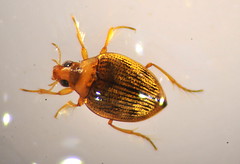 Parasitic lice from factory fish farms have infected 94 PERCENT of thousands of outmigrating baby wild salmon in the Discovery Islands north of Vancouver, according to evidence released today by the First Nations Leadership Council.

This latest catastrophe further reinforces the words of Justice Bruce Cohen, whose Commission of Inquiry into 'missing' sockeye salmon warned that the Discovery Islands factory fish farms represent a clear threat to sockeye and should be closed "by 2020".

Can you believe it? NINETY-FOUR PERCENT of the fish sampled in the Discovery Islands were infested with an average of 7 such parasites.

The little sockeye salmon in the image below was captured after passing through the Discovery Islands. The visible lice are probably enough to kill it, either directly or by exposing its skin to waterborne pathogens--see the patch on its back where the scales have been eaten away by the lice.

Do our POLITICIANS still think it is a mystery what happened to the 'missing' sockeye??? Most of these thousands of baby wild salmon won't make it through the journey that nature intended. But it is not too late to act.

THE PARASITE FACTORIES CAN AND MUST BE STOPPED!
Click here to call your MP now: www.safesalmon.ca/callyourmp

Tell them it's about time to make good on the Liberal promise to get the farms out. Let's stand together with First Nations that are taking decisive action to save our wild salmon. The time is now. ... See MoreSee Less

OPINION: The hatchery approach assumes that increasing the number of young salmon entering the ocean will increase the number of adult salmon that return, but it’s not that simple.
View on Facebook
·Share

Sure nice to be in the field again!
Helping Jared Hobbes and crew gather some genetic material from Salish suckers in Luckakuck Creek. They are going to develop an eDNA primer. If all works out, we will be able to search for new Salish sucker locations by analyzing water samples for traces of their DNA. How cool is that?!

Thanks to Jared, Jessica Holden and Cayla Naumann for a great day out there. I learned a lot! ... See MoreSee Less

Thank you again for the great day! I’ll be saving up questions for the next time we (hopefully) get to work together!

There are no upcoming events.

Scroll back to top